We decided to add a dodger to Quagmire for wind and rain protection while sitting in the cockpit steering the boat. Quagmire was designed for Southern California sailing and in an attempt to make her more suited for Pacific Northwest sailing this project holds great promise. 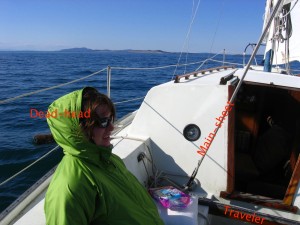 To start we had to move the traveler aft two feet as it was right at the companionway. This would allow our dodger to have an overhang to sit under while still allowing room for the main-sheet coming from the traveler to reach the boom unobstructed. What we figured would be a quick two or three hour project became a bit more involved as the old bolts holding down the traveler refused to be removed.

At first we entertained the idea of enlisting the help of a fellow sailor at the marina who has built a number of dodgers for others. Due to timing issues and our indecision as to whether or not we could complete this project before the trip this year we opted for Plan B.

Order a dodger kit from Sailrite, make and install it ourselves in even less time than Plan A would have had, with one less person working on it. Wonderful logic. 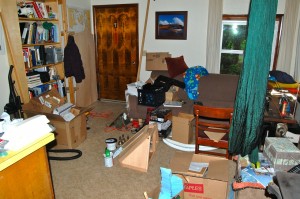 After ordering the kit and extras that we thought we’d need we waited two weeks for delivery before a very large box appeared. Up to this point we felt pretty good about the parts and projects remaining before departure. What had not been installed was sitting in neat little piles, organized by future project both in the room and in our minds. With the opening of the new box all order and hope was lost as bag after bag of parts fell out.

According the handy instructions and video included in the kit the first step of installing a dodger is to put the frame on the boat. The kit includes sections of the frame that are pre-bent, cut for shipping, and then riveted back together to form two bows. These two bows provide the the span under the dodger and keep the front window up.

We tried different lengths, mounting locations, and took the advice of all who walked by. In fact the advice keep rolling in. It was good advice, from people who had dodgers or had built them and soon proved as overwhelming as the box of parts. In the end we settled on the primary bow being the aft one and a 40 inch span between bows–the maximum recommended.

Patterning off the Frame

Once the frame is installed it can be taped in place and used to make the pattern for the fabric. Luckily for us, Emily’s mom was able to come down and help as lots of hands are needed to pull and stretch the pattern material in place.

The fabric part of the dodger is comprised of two main parts, the top panel and the front panel. The top panel on our dodger provides the roof and sides while the front holds the main window (similar to the windshield in a car) in place. 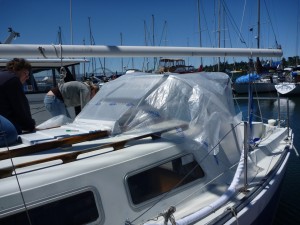 To provide the front panel a place to snap onto the deck over the hatch we had to add a small wood strip to the hatch slide rails. After digging around at the hardware store we found a piece of hand railing that could be cut to include a sloping front for the snaps and rounded corners. A coat of white paint and we were on our way. 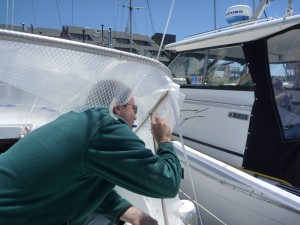 After the pattern was pulled tight and in a way that looked good it was time to add lots of marks and measurements to the pattern. As logical as it all looks on the frame things change when it is pulled off and sitting on your floor at home. Suddenly all those lines don’t make sense and you are left wishing for more. 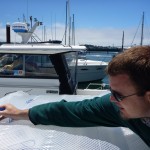 So instead of being confused we each took a marker and started writing. In fact we almost went too far the other way, adding labels and marks for everything.

One useful suggestion by a passing person was to add a pocket or two to the inside of the dodger for things like gloves and glasses. To accomplish this we made the side windows a bit smaller, starting 8 inches higher, to accommodate a 6 inch deep pocket. An addition we are now very thankful for. 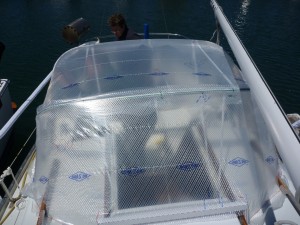 Once completed we stepped back and began to admire the completed pattern. In fact it fit and worked so well some of us were tempted to use it for the trip and forgo the actual dodger. The clear patterning material made a great greenhouse and only partially obstructed the view. A bit more tape and we’d be good to go. 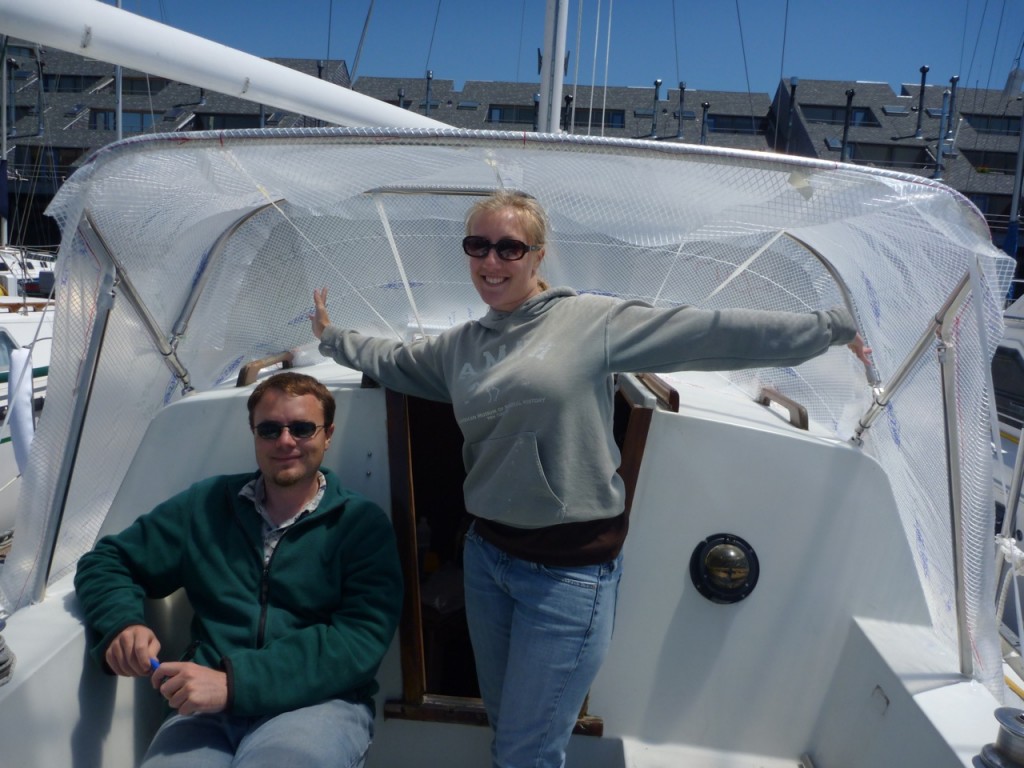 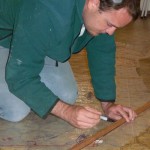 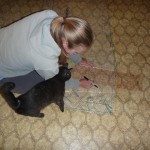 prior steps weren’t arduous…) of adding seam allowances to the pattern and transferring the measurements to the final fabric. As always, the more help the better–except when the pesky fur ball of a cat got involved and wanted attention. She has become an integral part of our new dodger, as much of her old winter fur is sewn into many a hem. 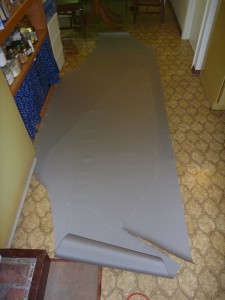 As we are still midway into this project and writing this blog is as much an act of procrastination as anything, we will have to get back to you with Part 2 with the results.