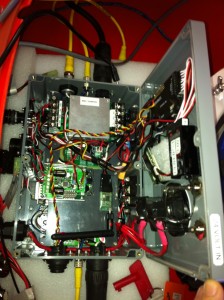 When R/V Rob arrived with its bare-bones option control system things were simple. A HiTec Aurora 9 radio controller talked to a HiTec Optima 9 which controlled, via RC PWM signals, a SSPS-105 rudder servo and two RoboTeq AX1500 motor controllers. That was it, all the ‘processing’ such as reversing one of the motors, since they have counter-rotating props, was done in the Aurora 9. All navigation was done by the individual standing on the shore. All of the data logging was, well not done on Rob.

This simple control system posed a number of hurdles to overcome as I changed Rob from a river based ADCP platform to a fiord exploring full-featured research vessel. Unfortunately, these changes mean that Rob’s electronics box is getting rather full. 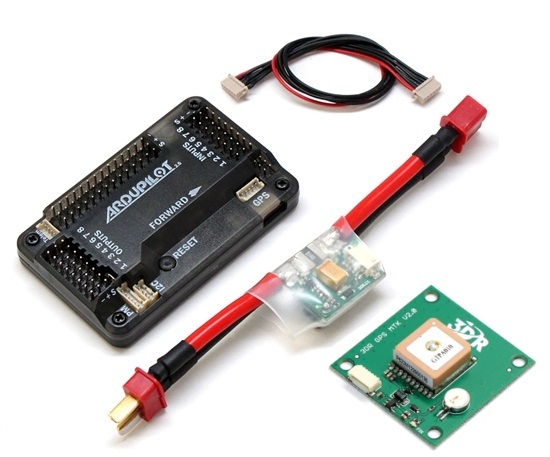 To add basic navigation, data logging, microprocessor control capability, and telemetry feed I chose to install an Ardupilot APM2.5. This is far from the most powerful or capable autopilot currently available on the market these days, but what it lacks by only sporting an 8-bit microprocessor and 16Mb of flash memory it makes up for in its open-source community background. The code is accessible, actively being improved upon, and being Arduino based has access to a wide variety of complete sensor libraries.

Because R/V Rob is a unique project that requires custom code, I created my own branch of the ArduRover 2.42beta code and am hosting it on my GitHub account. Currently changes include code to sense A-frame position, limit winch motor speed, split propulsion motor control to two propellers, and automatically control where the camera is looking. 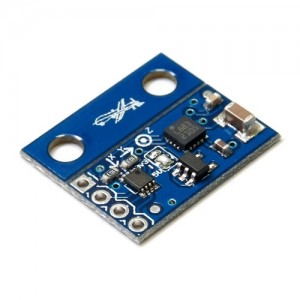 The APM2.5 board has a compass on it. Unfortunately, there are a number of wires that must connect the APM with other boards in Rob’s electronics box yet this proximity to high-current wires is problematic for the compass. Fortunately, it is possible to disable the on-board compass and use a remote one. The APM board uses a HMC5883L which communicates using the I2C protocol with a 100kHz clock. Because of the low clock speed I found it possible to move the compass away from the electronics box by a meter and locate it in Rob’s forecastle where there are no other electronics to interfere with it.

Moving the compass to a isolated location has greatly improved Rob’s ability to determine its heading. It remains to be seen how well Rob will do in Greenland where the magnetic North pole will be about 800 miles away. This close proximity means that the field lines this compass will be detecting will have a much smaller horizontal component, the component Rob needs to ascertain heading, than most other locations on Earth.

The APM also relies heavily on a Global Navigation Satellite System (GNSS) position fix to help it navigate. By default, this is provided by the U.S. GPS system. I was concerned that due to Greenland’s high latitude that GPS positioning may not be reliably available. One potential option would be to switch to a true GNSS receiver that could not only detect GPS satellites but also GLONASS satellites. Due to Russia’s geography, their GLONASS satellites have higher orbits than GPS satellites, thus providing better polar coverage where Rob will be going.

An early requirement from the project’s PI was to be able to use Rob at distances up to 3-5km. The 3DR telemetry module that comes with the APM only has a 100mW transmitter and a nominal line-of-sight range of 1 mile. This radio is likely to be insufficient to meet the range requirement, especially since two vessels on the ocean do not have true line-of-sight propagation in the frequencies being used.

The envisioned solution is to use 9XTend radios for telemetry. However, the switch has not yet been made to these radios on Rob.

Recent tests on the Willamette River are showing that the APM is capable of steering R/V Rob to pre-determined way-points. In the test shown below, Rob was instructed to run through eight way-points twice. Track overlap was high even though the way-point radius was set to 10 meters. A number of winch/a-frame tests were also conducted and recorded which explain the random tracks near the bank. 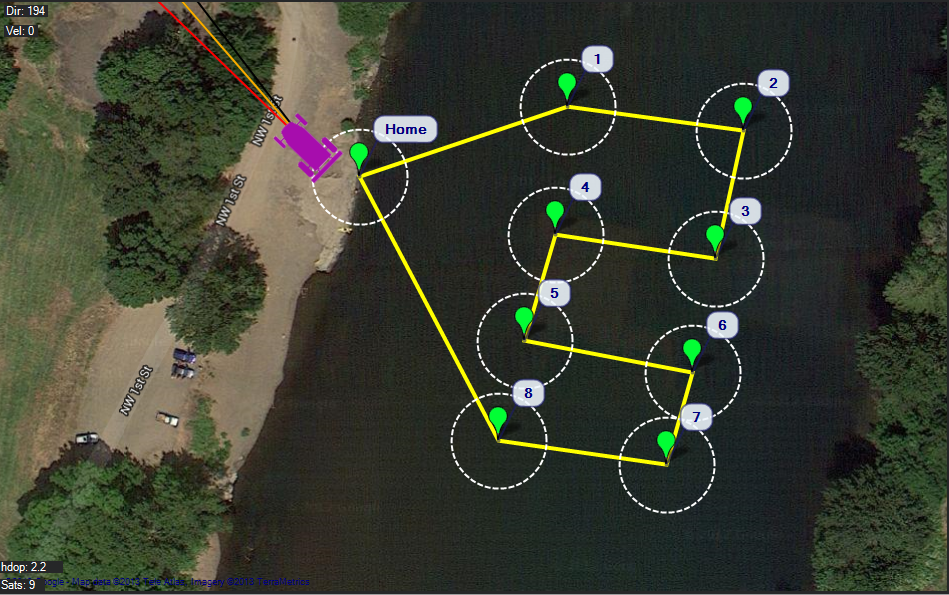 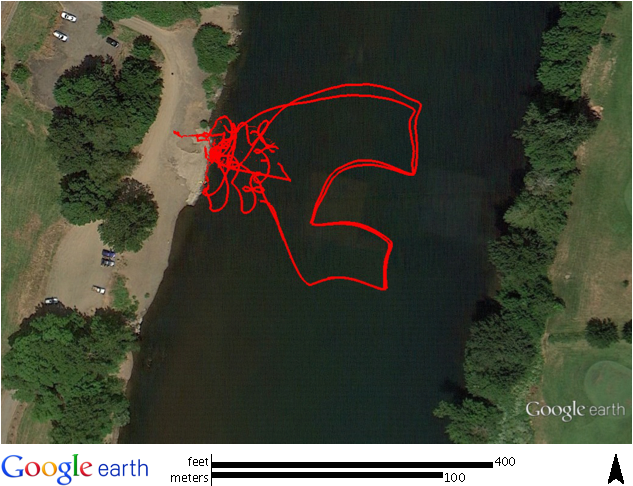